Documents from the trials are brutal!!

These archival documents are not neutral or resulting from a fair trial. They are inscribed in the Danish colonial power, who had the authority over laws, verdicts and enforcement and who did not grant the Danish colonial subjects, the plantation laborers the same legal position as Danish national subjects in Denmark.

The documents are written by Danish administrators in Danish, despite the fact that interrogations were held in English.

The role of Danish administrators was to exercise colonial power and restore the colonial order. 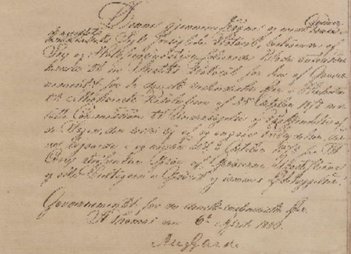 Sentenced 12 men to their death and immediate execution for participating in the uprising 1. October 1878. 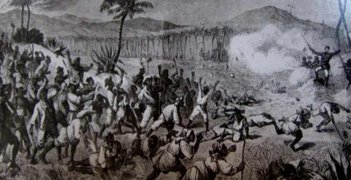 On the 25th of October 1878, only some three weeks after the Fireburn, the Government of the Danish West Indian Islands appointed a “Commission of Inquiry”. The aim was, as is written in the preface of the records, to “examine and determine actions in the cases emerged and the crimes committed during the revolt of October 1878 on St. Croix, with participation of the insurgents, the troublemakers and all the participants in the revolt and the destruction of the same”.

This overview of people accused in the trial was found in Judge Rosenstands private archive together with the handwritten draft for the final sentences. The document is not digitalized by the Danish National Archives and has not been published anywhere until this site.

Here we suggest various tracks throughout the many pages of documents.

In translation, you always deal with a shift between languages and cultural environments, and in the translation of text from a different time, the shift is deepened. Also, however faithfully one tries to translate, it will always involve an aspect of interpretation.

In the translation of the Fireburn files, the aim has been to keep the historical and cultural tone of the original text. 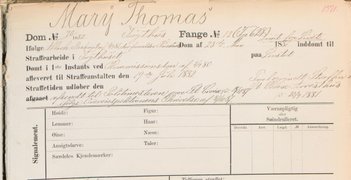 Trialed and convicted for "participation in looting and arson during the revolt on St. Croix 1878". 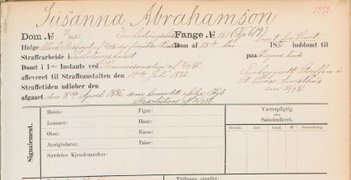 Trialed and convicted for "Participation in plundering and arson in Frederiksted during insurrection 1878". 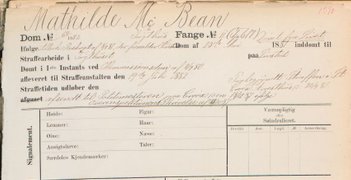 Trialed and convicted for "participation in murder of two soldiers on the Plantation Carlton and theft during the Rebellion 1878". 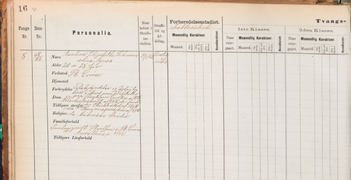 Trialed and convicted for "participation in murder of two soldiers on the Plantation Carlton and theft during the Rebellion 1878".

Fireburn was widely discussed and reported in contemporary media as well as on the occassion of Denmark
selling the colony to the US. This is a selection from the period. 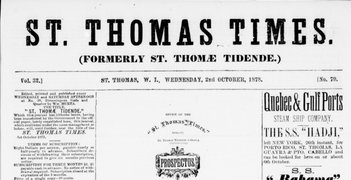 On the Fireburn, reported from St Thomas and the Danish / planter perspective 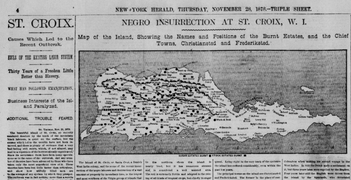 The paper is critical towards the Labour Act of 1849; ‘…….but the recent work of destruction in St Croix was but the natural result of long years of extortion and suffering endured by the blacks at the hands of their white employers.´ 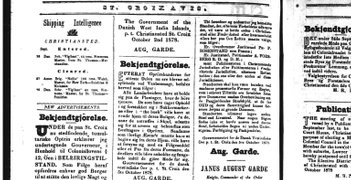 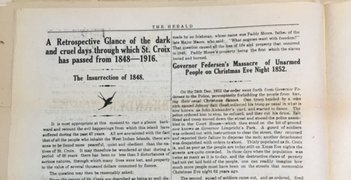 "A Retrospective Glance of the dark and cruel days through which St- Croix has passed from 1848-1916." 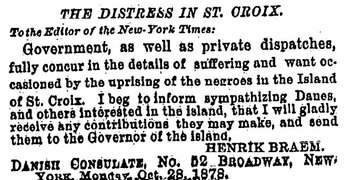 "The Distress in St. Croix"
- a letter to the editor

Reflections on Fireburn and the archive expansion.

The blog is going to be written by scholars, activists, descendants of Fireburn rioters and others engaged in this part of history - stay tuned.

The archive is currently administered by Helle Stenum: